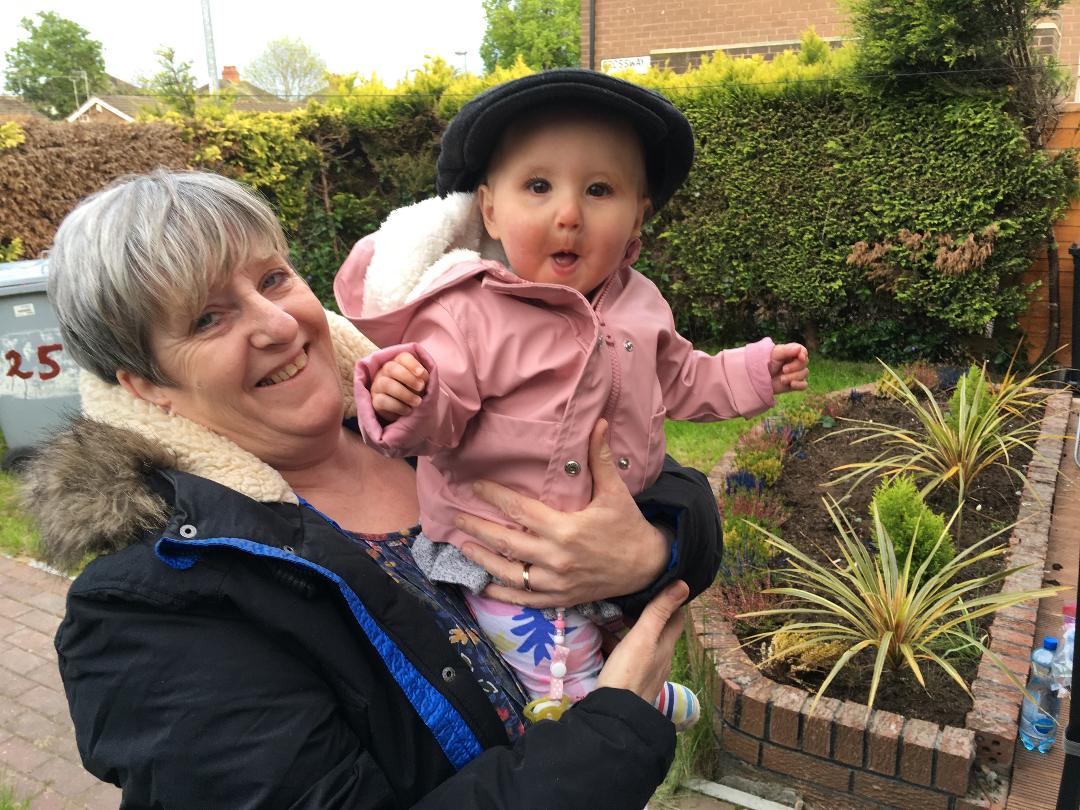 Like many others I have been listening to loads of worship music, sermons and podcasts during this lock down period.  I spent a day just in the presence of God a couple of weeks ago and came across a sermon by Louie Giglio that  he entitled ‘Where is God’.  I believe he gave this sermon at the end of March, just as we were entering full lock down.

It was really on my heart to write the poem below after listening to his sermon.  Louie rightly emphasised at the start  that he was by no way  minimising the situation caused by Corona Virus, but said we need a real time breakthrough to stop the spread of this terrible pandemic.   Louie also pointed out that many people are questioning where is God in all of this, and he refers to the Easter Story, in particular Day 2 to show that God in fact is with His people, even when the situation may not look as if that is the case.

I am myself a Christian and have lost a dear friend to this ferocious virus, the loss of whom has left a huge hole in my heart.  Do I personally believe that God sent this pandemic, NO, definitely not.  Do I believe that God can use this circumstance and turn what was meant for evil to Good, most definitely.  Many of us have lost family and friends and our lives will never be the same again, this has been a traumatic and devastating situation, but many have also been drawn to seek God, to find a faith and to receive eternal life.  Louie answers the question of ‘Where is God’ explaining that God is with us and working for us, even though we may not be able to see or comprehend it.

Suddenly life as we knew it

Was changed in the blink of an eye

Where are you God was the cry

In a world full of fear and of panic

Countries locked down one by one

And the sceptics, and non-believers

The world had come to a stand still

From the streets there wasn’t a sound

Across the globe people dying

Destruction and death on the ground

Where is God in the midst of all this?

As the known world was falling apart

Well God had a plan of salvation for all

A plan from the very start

And right now we sure need a breakthrough

But Christ died once and for all

To reconcile each of us to God

But God wants us to see the truth

To shine a light on Who He is

And Jesus is the proof

Let’s go back to the story of Easter

He gave His life for the sins of the world

So with God we could always abide

Easter Sunday, Day 3 He is risen

This was God’s plan of salvation

A free gift for all it is given

When we’re asking the question, where is He?

We need to go look at Day 2

This is the epicentre

We can find God right here, He’s with you

Jesus died 3pm on the Friday

Jewish timelines are not quite the same

At 8pm on the Friday night

In their culture, the day starts again

So 8pm on that Friday night

In the tomb lay the Son of Man

When Jesus gave up his last breath

There were approximately 29 hours

Before Resurrection from Death

But He could have been instantly risen

The moment His body was dead

Can you hear the disciple’s question?

Where is Jesus, they must have said

Where’s the Jesus who raised our brother from death

Where’s the Jesus who walked on the water

Where’s the Jesus who did such miraculous works

Where’s the Jesus who healed sons and daughters

He was full of great power and authority

He taught us how to live well

Oh Jesus where are you, do tell

The disciples asked the same question as us

As in their hiding places they stayed

They were looking for God just as we are

Where are you Lord, we’re afraid.

On day 2 when no one saw Jesus

They were dismayed, and very confused

And it looked like God was nowhere in sight

But wait, for I bring you good news

Because Jesus is called Emanuel

Translated, it means God is here

The creator of the universe

God with us, He’s not left, He’s near

God was actually working on their behalf

They were never on their own

When the situation is odd

What’s happening, why have you left us

Where are you Lord our God

There will never be a moment

When God is not here with you

And ‘Emanuel’s’ the reason

As Jesus lay inside that tomb

There are no headlines in the room

To say that God is close to us

And bringing down this curse

The headlines that were hearing

But Gods creator and sustainer

He began and finished the greatest work

That man would ever know

This is what was happening then

In the unseen depths of the underworld

Jesus descended and things were improving

God was in fact defeating death

God was defeating the power of darkness

But in the natural we couldn’t tell

God was defeating the power of sin

God was abolishing the reign of guilt and shame

And overturning the situation

The creation He had made

God was completing his greatest work

There are some that would say he couldn’t be working

Because it’s the Sabbath they’d say

To God a day is a thousand years

And a thousand years is a day

God had all the time He needed

To accomplish His plan, His way

Many will say I can’t see it

Will this pandemic end they say

A day 3 where the stones rolled away

A Day we’ll see and understand

That God’s been here right from the start

Salvation of many hearts

To complete these impossible tasks

And I would say Amen to that

But in God we have to trust

For He sends the rain and the sunshine

To the righteous and the unjust

This means God has no favourites

And He’s pouring out His grace

As were fighting disease in this place

God is calling us unto himself

He wants every soul to be saved

To experience relationship with Him

The purpose for which we were made

Covid 19’s no respecter of persons

And it’s crouching at everyone’s door

For God the worst possible outcome

Is for you to beat this infection

Only to go straight back to a life

Without God, where you’ve chosen rejection

To a life with no purpose or meaning

No power or spirit or peace

To die in another season

Without God, without a belief

But one day a judgement is coming

Gods calling the millions unto himself

He’s calling you, to stop running

God wants us to live full of hope, faith and power

To bless on us with all that He’s got

Whether we know it or not

Go back to the story of Noah

Through the ark God was making a way

Noah was telling the people

He’s making a way and extending His mercy

As two ships pull into the ports

The ships come from a mercy class

Providing shelter in crisis and fear

In this moment of time, where is God

The answer is God is right here

He’s pulling into the port with mercy

He’s pulling into your town

Will you let you’re defences down

When Noah proclaimed the goodness of God

And the mercy the ark did provide

Only Noah’s family of eight

Took Gods hand and went inside

Today we need a miracle

God is near and He’s in this place

By the power of His grace

When God made Adam & Eve at creation

He gave them His very best

Put them in the Garden of Eden

On Day seven He told them to rest

They didn’t need to take a rest

They’d only just been invented

But day seven was the Sabbath day

A day to reflect and be contented

What does the Sabbath mean to you?

A gift God gave to all mankind

From the goodness of His heart

We need the Sabbath to glorify God

Our praises and worship to sing

Where is God in this pandemic?

He’s near, you are not alone

Take shelter in His mercy

Until the day God calls you home

God is with us

The Power of Our Words

Why not share your story to encourage our community?